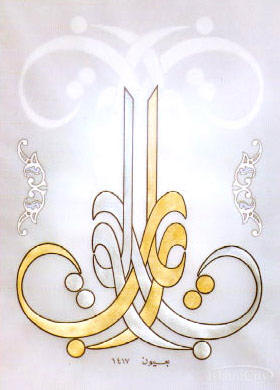 "...and if ye would count the favors of Allah, ye can not enumerate them. Lo! Man is verily a wrong-doer, an ingrate."

What the word "Islam" means?

The word Islam is drifted from the Arabic root "salaam" that means Peace. Islam also means "voluntary submission to the will of God" that would be, according to the Islamic concept, the way of reaching inner peace. The Islam, in its original form, didn’t demand an irrational belief. It proposes, on the contrary, the intelligent faith, an interrelation between faith and reason. It invites to the development of observation, contemplation and reflection.

The antagonism between religion and science does not exist in Islam. It was this narrow linking between faith and reason that habilitated the Islamic culture not only to absorb but also to live the useful knowledge, including the one from the ancient peoples.

Muslims reject the term Islamism, frequently used as being the name of their religion, since the word Islam appears in the Qur’an as being the name of the religion of God, and the one that must be adopted by them. Apparently this term appeared with the purpose to try to standardize the nomenclatures of religious (Judaism, Christianity, Buddhism, etc.) and political (Marxism, Socialism, Capitalism, etc.) ideologies.

What does it mean "to be a Muslim"?

It is common to consider as Muslims all persons who were born inside the Islamic religion, but  "being a Muslim" has a wider concept within the Islamic ideology. In fact the word Muslim means "the one who submits himself/herself to the will of God" and within this concept all Universe is Muslim, because it can’t modify the order to which it is submitted and which, for Muslims, it was assigned by God.

As for the human being, Muslims believe that every person is born a Muslim, not as a simple adherent of the religion, but because of this wider concept mentioned previously.

After becoming an adult and making use of free will, he or she will follow (or not) the laws regarded as divine and that will characterize his/her submission, now voluntary, to the will of God.

Also there are those that although were born inside a family of Muslim tradition, departed later from the religious practice although they continue referring to themselves as Muslims, giving to this concept an erroneous ethnic sense.

It is interesting to notice that based on this wider concept of "being Muslim", the idea of "conversion" in reality does not exist in the Islamic ideology, and the one who "has converted" is considered as having "returned to Islam".